Bridgestone Arena is the home of the NHL’s Nashville Predators, a team with a solid recent history of success. We attended an early evening Saturday hockey game against the Washington Capitals, the team with the best record in the NHL. Given the time of the game and the opponent, we expected a large crowd. Although paid attendance was a sellout, it never really looked like the place filled in. 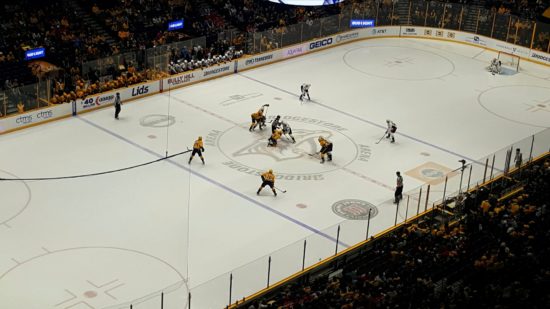 The arena is located in downtown Nashville next to the Music City Center (convention center), not far from I-40/I-65. It was not difficult to find getting off the interstate. There seemed to be plenty of surface parking surrounding the arena. We pre-booked a spot in a lot about a block away using something called “Park It!” I was concerned there wouldn’t be easy nearby parking, but we would have been fine either way. 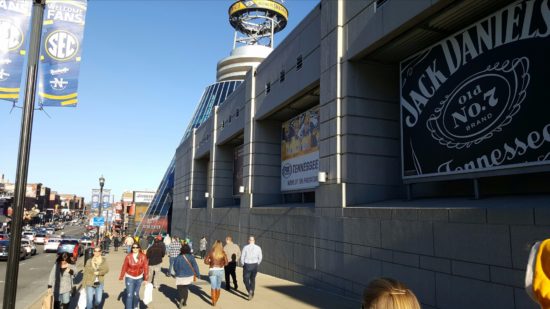 The main entrance is off of 5th Avenue. Getting into the arena was fairly easy, with a sufficient number of lines to move through a metal detector (and get any bags or purses searched). After that, an attendant will check your ticket (or print it out when they swipe your credit card if you purchased your tickets that way). 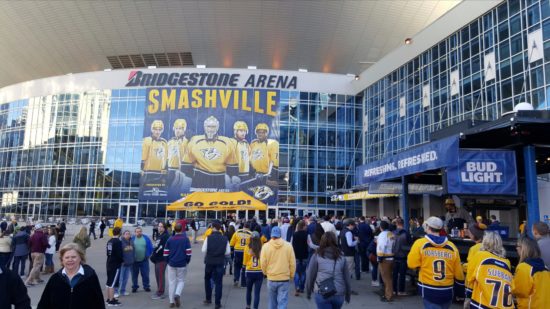 Our seats were in the upper level. As a modern hockey arena, the seats didn’t feel too far away thanks to the steep nature of the incline (I always feel like I’m going to fall). There was enough leg room, even for someone taller than average, but that’s mostly because the seats directly in front are lower than normal. Remember, in seats like this, if you lean forward, you’ll block the view of the person in front of you. 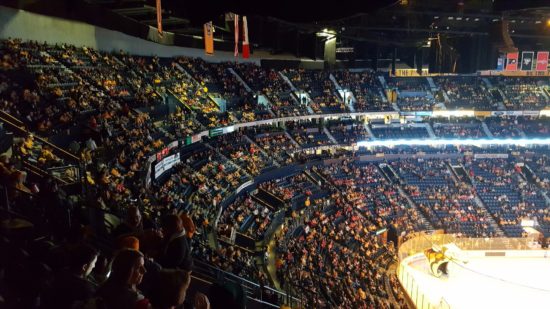 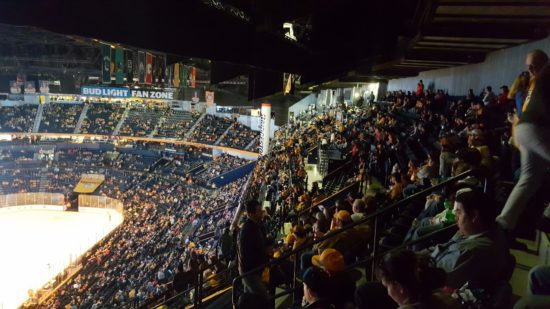 The arena had more than ample food choices. Although we didn’t try any ourselves, there was plenty for anyone. It’s a wider selection that we are used to seeing in a hockey arena. And with the number of choices, lines never seemed that long, even between periods. We didn’t get much in the way of vendors moving through the crowd during the game. The lines we did see between periods were for the Men’s restrooms. Not the women’s… just the men’s. That was a bit of a surprise. 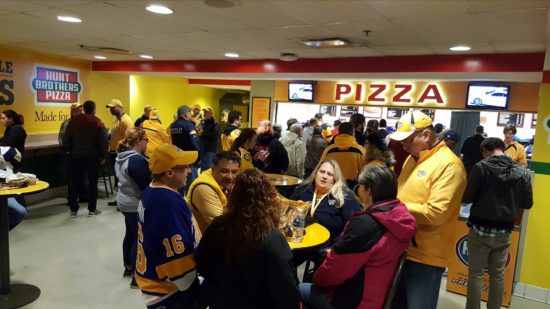 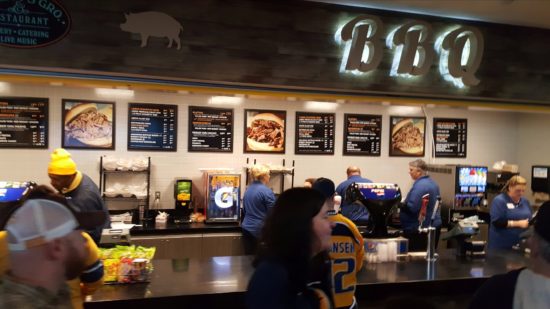 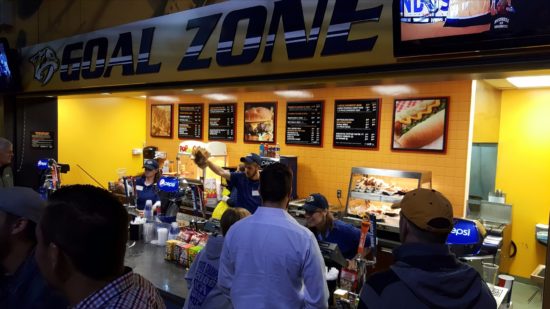 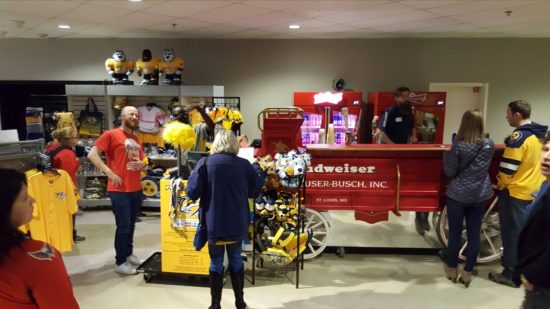 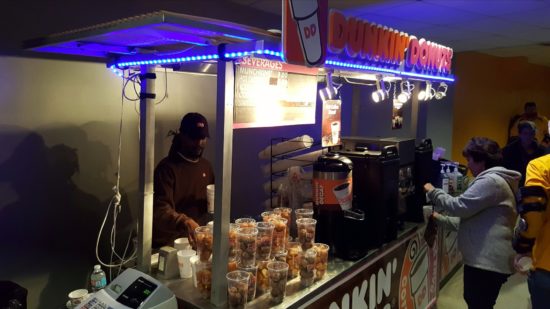 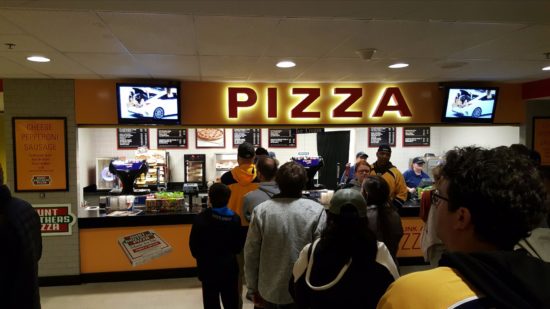 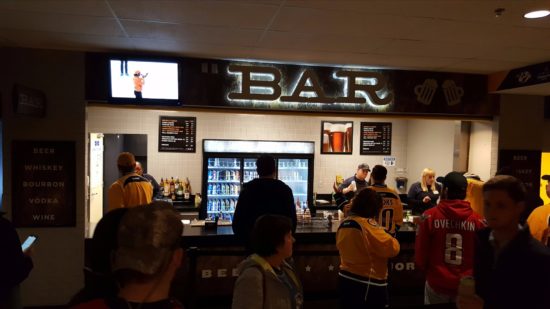 The atmosphere in the arena wasn’t great, to be honest. Maybe it was just the particular crowd that day. So many of the fans weren’t dressed in support of the home team. It seemed a lot of people were dressed more to go out clubbing than to see a hockey game. It was quiet for much of the game until the home team got on the scoreboard. Even then, I was surprised a home team goal lead to a chant that included the repeated phrase, “You suck.” I understand it was aimed at the opposing goalie, but really? That’s how you celebrate a home goal? Seems like Predators fans can do better. 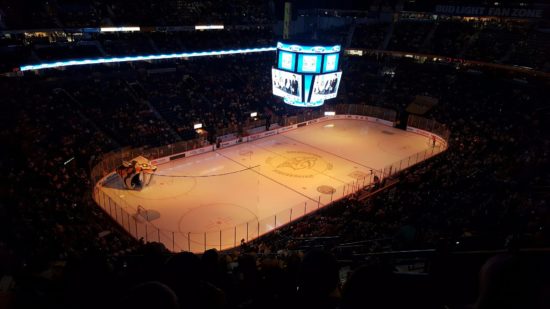 Overall, it’s a nice arena. Nothing too special or out of the ordinary, but it was easy to get to, had comfortable seating and had plenty of food choices. It compares favorably with the other newer arenas we’ve visited including Columbus and Buffalo (and was way better than the soon-to-be-demolished arena in Detroit).