We attended the New Year’s Eve hockey game at Nationwide Arena and had a great time.  My husband said it was a very nice arena compared to others he’s seen.

To begin with, it was easy to get to.  We stayed at a hotel that was very convenient to the arena. You can read a review about that hotel here. Also, across the street from the hotel we stayed at was a Hyatt and Drury Inn. Although it was after dark, walking the 2 blocks to and from the arena never felt unsafe because there was a large crowd of hockey fans walking together.

Once inside, the arena was very clean.  I made sure to check out the women’s bathroom and to my surprise, it was very nice.  When we got to our seats, the area was very tidy with none of the stickiness on the floor that you find in most arenas.  In order to fit more people into the stadium and obviously make more money, the stadium was designed with very narrow and therefore uncomfortable chairs.

Even though we were fans of the visiting team and were surrounded by people in jerseys that did not match our own, we found the fans to be friendly and never had a problem with anyone. 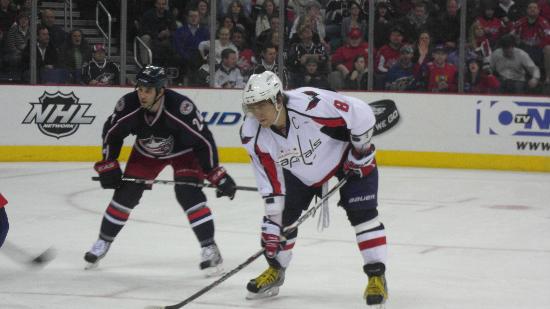 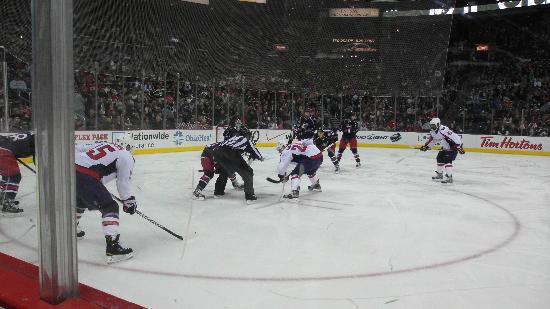 At the end of the game there was a short indoor fireworks show which was nice and much more impressive than we anticipated. The whole experience was very enjoyable.