Every year my husband and I visit the Disney parks but this year we also tried out Universal. A lot of people refuse to compare Universal to Disney because they are so different, but I am going to because with tickets being so ridiculously expensive, sometimes you have to choose one or the other. 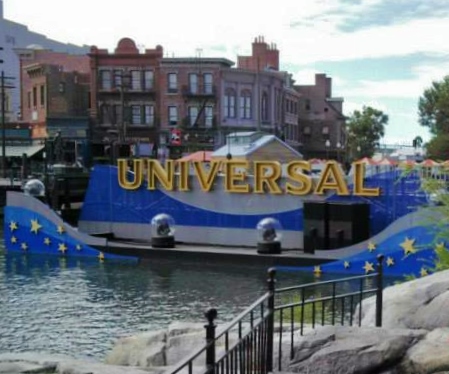 Do yourself a favor and purchase your tickets online. We stood in line to buy tickets and it was the most frustrating experience EVER! It seriously took an hour and a half of being hot and sweaty before we got to the front of the line because everyone took at least 10 minutes at the purchase window. Come on people- figure out what type of ticket you want to buy before you get up there! We took less than a minute at the window.

The park itself is more suited to teenagers and adults. We actually didn’t see many children all day. Most of the rides are simulators so you might want to bring some Dramamine. We were there on a Thursday afternoon and pretty much walked onto all the rides except for the Despicable Me ride which was fun but the very short ride wasn’t worth the 50 minute wait.

Transformers is the best ride we have ever been on. It is inside the blue building in the background of the picture. It is exhilarating, no big drops, and is totally worth waiting in line for. This ride is the only truly amazing aspect of the park and we rode it three times in a row! 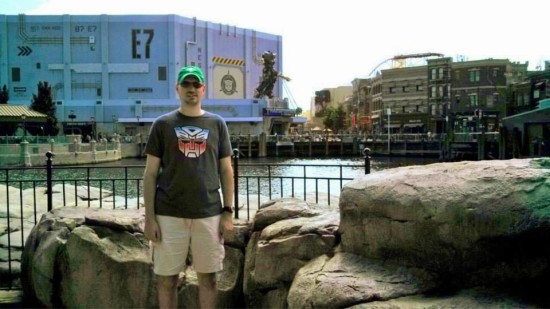 Everything else made us physically sick. Men in Black was a problem because even though shooting aliens was fun, the car you sit in spins rapidly for absolutely no reason other than to make you sick. I nearly threw up. The Simpsons ride was a simulator that caused us to become motion sick due to the awfully jarring movements of the car we were sitting in that matched the jarring movements of the image projected on the huge screen in front of us.

Disney parks have so many more ride options that don’t require you to take a Dramamine to get through the day. In addition to rides there are also all kinds of “experiences” that Universal just can’t offer such as a safari at Animal Kingdom or sampling different cuisine as you roam from country to country at Epcot. At Disney you make real memories. At Universal you walk around, get sick from the rides, and deal with unfriendly employees. It seemed most of the employees dreaded being there and were exceedingly rude. At the Disney parks the employees go out of their way to be friendly and accommodating. Universal totally lacks the Disney charm or “magic.”

We didn’t bother paying extra for fast pass which lets you cut to the front of the lines. Everyone who stays at Universal resorts gets this for free so paying for it seemed ludicrous. Disney FastPass is free with the purchase of a park ticket.

Apart from the Transformers ride, we felt we had not only wasted our money but an entire day at Universal. We much prefer the Disney parks that have so much more to offer.