We came to Toronto just to see giant pandas. In the United States, the only zoos with giant pandas would have required a flight to get there but we could easily drive to Toronto. The panda exhibit is very impressive and definitely worth visiting. 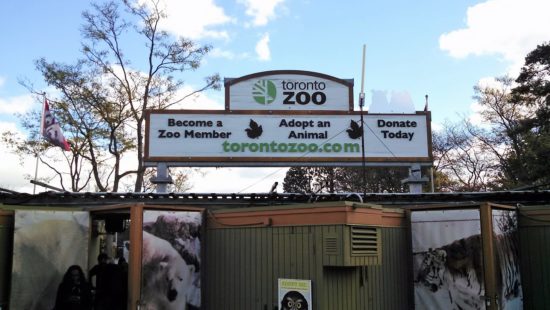 The zoo had all the animals you would want to see- giraffes, lions, hippos, rhinos, etc., but the most exciting exhibit was the pandas!  They had a male and female and we learned that they are solitary animals who prefer to be alone except  during mating times, and they also cover their eyes when they don’t want to fight!  We absolutely loved seeing them and arriving so early in the morning meant we were able to stand there for a long time watching them without a big crowd. 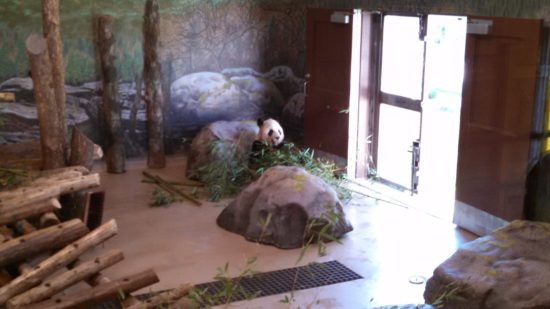 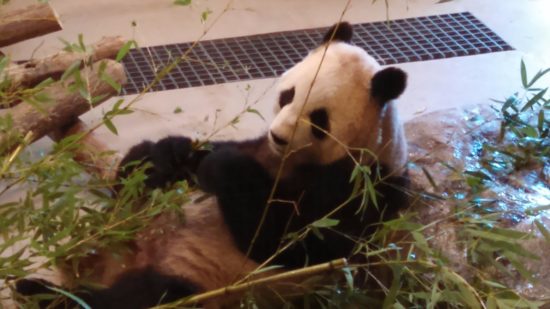 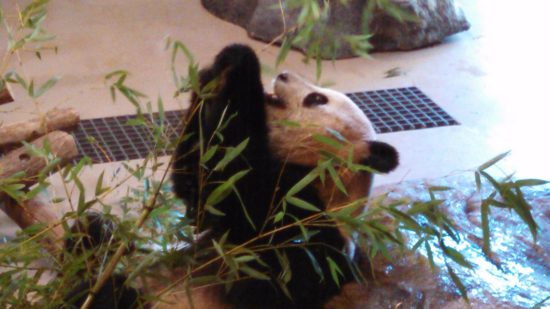 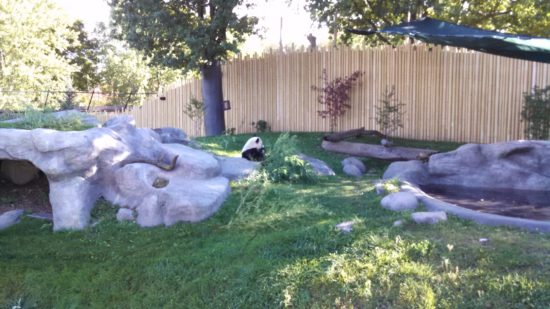 We found the rest of the zoo to be of average size and was clean with lots of hills and trees. You get a mini work out walking through this zoo.  As tourists, we were unaware that it was the Friday before Thanksgiving in Toronto, so even though we arrived very early to a pretty much empty parking lot, there were tons of school buses.  Children were running rampant through the zoo without adult supervision.  They were making a racket everywhere and pretty much put a damper on our experience. The zoo was also completely lacking in signs.  As we were walking, we got lost a few times and had to walk back into areas we had already been in because we had missed some exhibits.

With it being October, there were only two places serving food. One was in back near the primate area and was ridiculously packed during lunch time. We had to wait forever in a line that stretched out the door. Later, as we were leaving the zoo, we noticed a restaurant near the carousel in front that was pretty much empty.  We wished we’d known that was open as we would have eaten there instead of the crowded restaurant. Outside the zoo there aren’t any restaurants so it’s best to east inside the zoo.