I became a Beatles fan when I was just a kid so I was obviously very excited about seeing this show. Thankfully, it did not let me down! 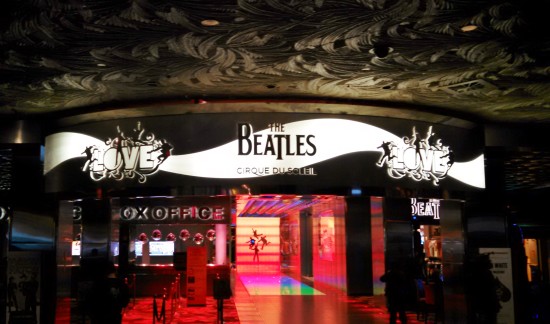 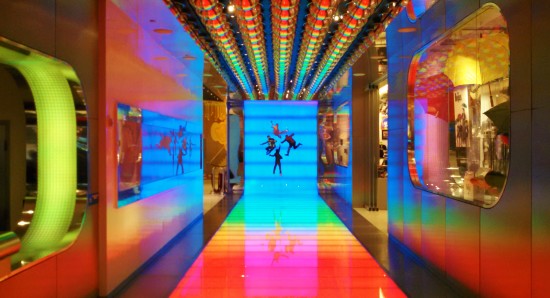 Love is located in The Mirage. The stage is circular and seats are placed all around it in stadium seating style but at a much steeper angle. For this show, the higher you sit the better because most of the performances are up in the air above your head and not just on the stage.

Not only did the performers fly through the air for most of the show but there were also several massive projection screens overhead which they used for color, shapes, and real photos of The Beatles.  You truly feel immersed in the show. Between a few songs they even had recordings of the Beatles talking to each other, most of which can be found on The Beatles Anthologies. It was such a nice touch- something a true fan will appreciate.

There was a story going on, but it was nothing special and you have to really pay attention to pick up on it. Basically, there was a guy on stage holding a bouquet of flowers, walking through the other performers and looking for someone to love him. Throughout the entire show he was turned down by females who ultimately fell in love with someone else. Finally, he found a whole group of people to love him by the end of the show.

If you are a Beatles fan you will absolutely love the show and will never forget it. My husband, who is not a Beatles fans, said he loved it and calls it one of the best shows he’s seen in Vegas.