Luxor isn’t one of the high-end casinos on the strip (it’s actually one of the low-cost hotels), but the steakhouse there was surprisingly good. It’s not quite up to the level of my favorite Vegas steakhouse (that would be Craftsteak at MGM), but I would definitely visit again. 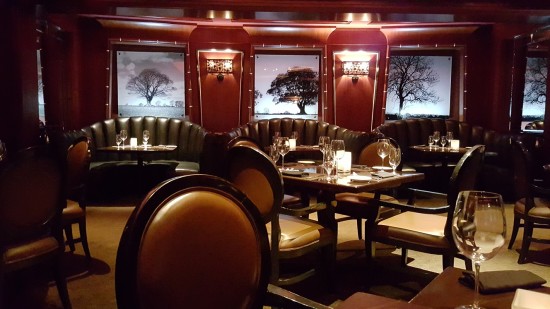 The atmosphere is fairly standard for Vegas steakhouses with lots of wood and dim lighting. There were large and small tables spread throughout the restaurant. We had one of the earlier available reservations and the place was fairly empty. That didn’t stop the two of us from being seated next to a large party that included an annoying child (thankfully, the child wasn’t there long).

The prices are also fairly standard for a Vegas steakhouse. The total for two bowls of soup, two steaks, two sides and a glass of wine was close to $200 with tip. You have to remember that everything in Vegas is a little more expensive than it should be, so we weren’t surprised by the total. 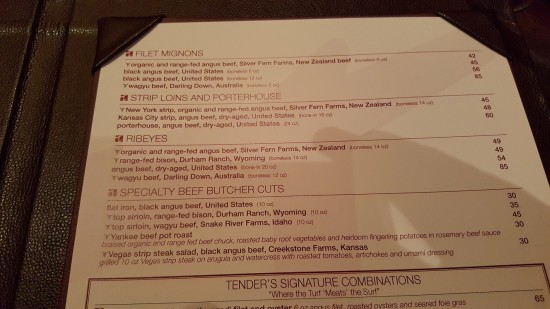 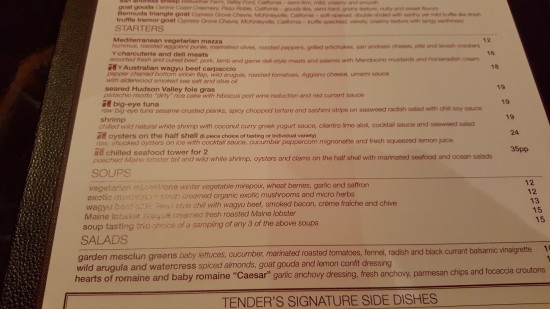 My brother and I each got the lobster bisque. The flavor was good, but there was one big problem. There wasn’t nearly enough lobster. I certainly wouldn’t get this again.

My brother got a small filet and I got the NY strip. We each ordered our steaks medium and got a blue cheese topping. The steaks were cooked perfectly. Too many times, the way a steak is cooked isn’t consistent (to well near the ends, to rare in the center), but that wasn’t a problem for either of us. The topping was also excellent, enough blue cheese to add flavor without being overwhelming. The steak was great. 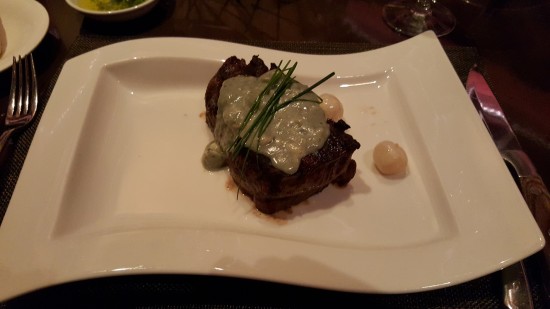 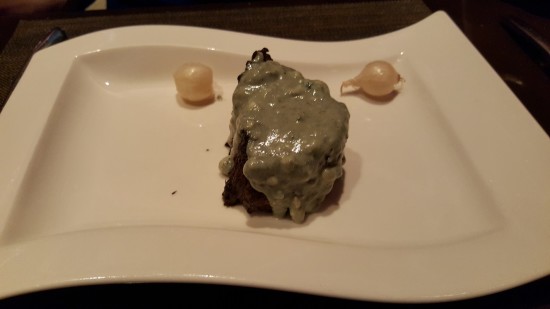 For our sides, my brother ordered the lobster risotto and I ordered the deep fried baked potato wedges with pancetta and parmesan. My brother’s side was easily large enough for two, but he ate it all. He says it’s one of his favorite side dishes in any restaurant. While not as large of a side, mine was also very good. The pancetta and parmesan added a great flavor. 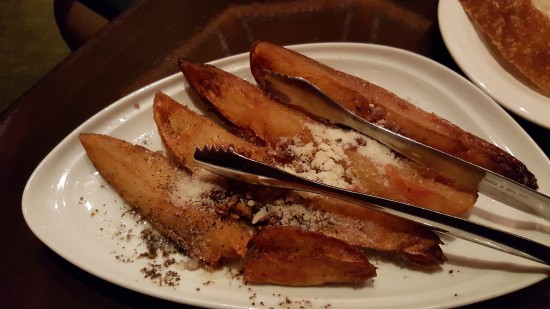 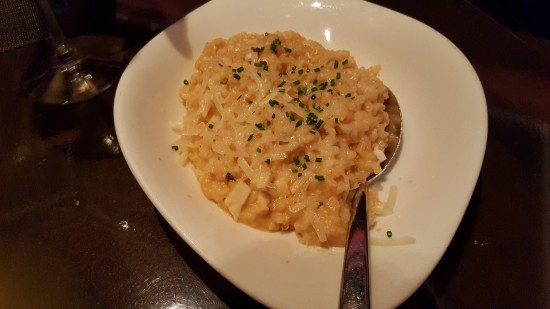 The meal was large enough that we opted out of dessert. There were plenty of options on the menu, but that would have to wait for another time. Overall, I’d recommend Tender to anyone looking for a good steak, particularly if you’re staying at Luxor or one of the nearby hotels (Excalibur or Mandalay Bay).