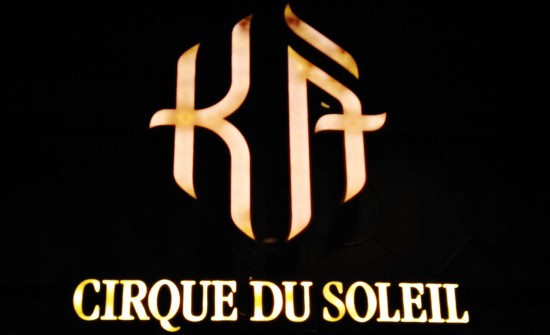 We got 2 for 1 tickets for KA, located in the MGM Grand, at MyVegas rewards. MyVegas is an online game where you play free slot machines to collect loyalty points. These points can purchase actual rewards such as free food, drinks, or desserts at a bar or restaurant in Vegas, free companion ticket to a Vegas show, a percentage off a Royal Caribbean cruise, and so on. We used our points to purchase “premium” seats to KA. 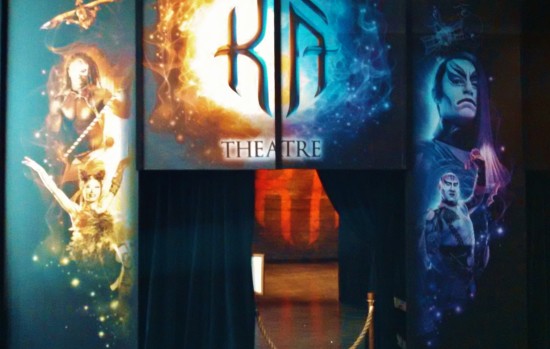 We’ve seen several Cirque Du Soleil shows and KA is by far the worst. The show is incredibly long and unbelievably boring. The show consists mostly of fake fighting and baton twirling. You won’t really see any of the awesome stunts that Cirque is known for. The only aspect of the show that is unique is the constantly moving stage floor that seems to defy gravity. 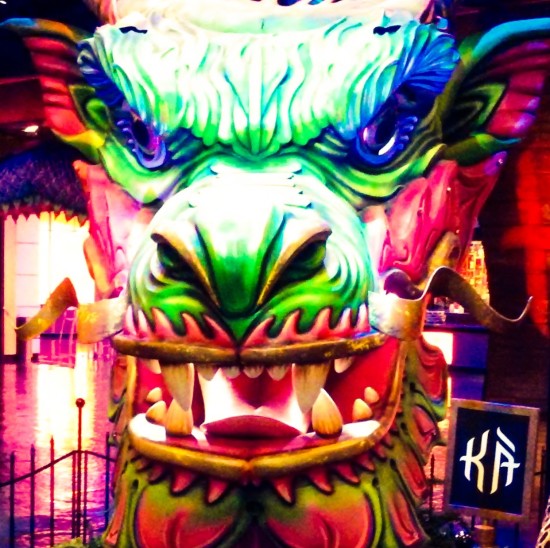 In June of 2013, one of the performers fell almost 100 feet to her death during the finale of the show. Following this tragedy, the big finale with live performers was removed and replaced by a scene projected onto the giant floating stage showing what the finale used to look like. This scene should be removed altogether because not only was it anti-climactic, but all I could keep thinking was “this is when that lady died, this is when that lady died” which made me very sad.

Even if you were unaware of the tragedy that occurred, this show is so dull and tiring that it is not worth the money. Spend your evening seeing something more entertaining while in Las Vegas. Mystere, for example, is a fabulous Cirque Du Soleil show. For a more detailed review of Mystere, click here.