My husband has been a fan of the Jabbawockeez since their win on America’s Best Dance Crew years ago. We were excited to see they had a new show in a new theater at Luxor.

The theater looks great. The seats are comfortable and there is plenty of leg room. Like most Vegas theaters, it has an intimate feel. With the scope of the performances, our 4th row seats may have been a bit close and being back a couple rows would have made sense.

The variety of music is impressive. It starts with a song from Willy Wonka and the Chocolate Factory and moves from the Temptations to 2 Chains to Queen and everything in between. The dancing is, as you would expect, impressive, but there are also some cool visual gags as well, including one inspired by Super Mario. 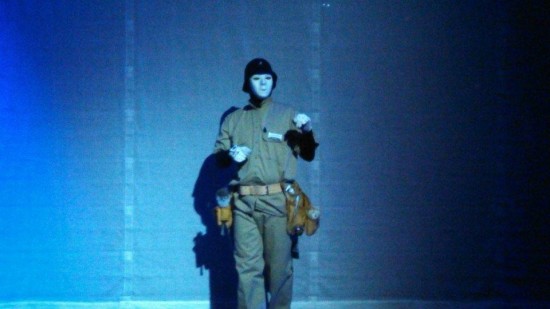 The show is also full of humor with plenty of jokes (although maybe one too many about gas…). The Harlem Shake gag is particularly memorable. There is a little bit of audience participation, but it doesn’t take away from the show. This is definitely recommended for anyone who enjoys a high energy performance. You’ll likely respond with a standing ovation like we did!