We stayed here for 2 nights because it is the closest hotel to Citizens Bank Park and is just a 5 minute walk to the stadium. (You can read a review about the stadium here.) The price was outrageous because it was game day but you have to remember you are paying a premium for convenience.

On game day the hotel charges non-guests $20 to park in the hotel parking lot but when you check in and pay for parking, you’ll receive a parking permit that you must leave in your car. Make sure to get one. The front desk person didn’t give us our permit when we checked in and it caused problems when we tried to get into the parking lot on game day. Even though the lot was virtually empty because it was 4 hours prior to the start of the game, the hotel had closed off the parking lot and had an attendant out front who didn’t believe us when we tried to explain we were hotel guests. She refused to let us on the property for quite a while.

Our hotel room was on the 10th floor, faced the front parking lot, and had a nice view of the downtown skyline. The furnishings were tasteful and appeared new such as a large flat screen TV, all white bedding with a nice headboard, nightstands and lamps, and a fridge for personal use and a microwave. 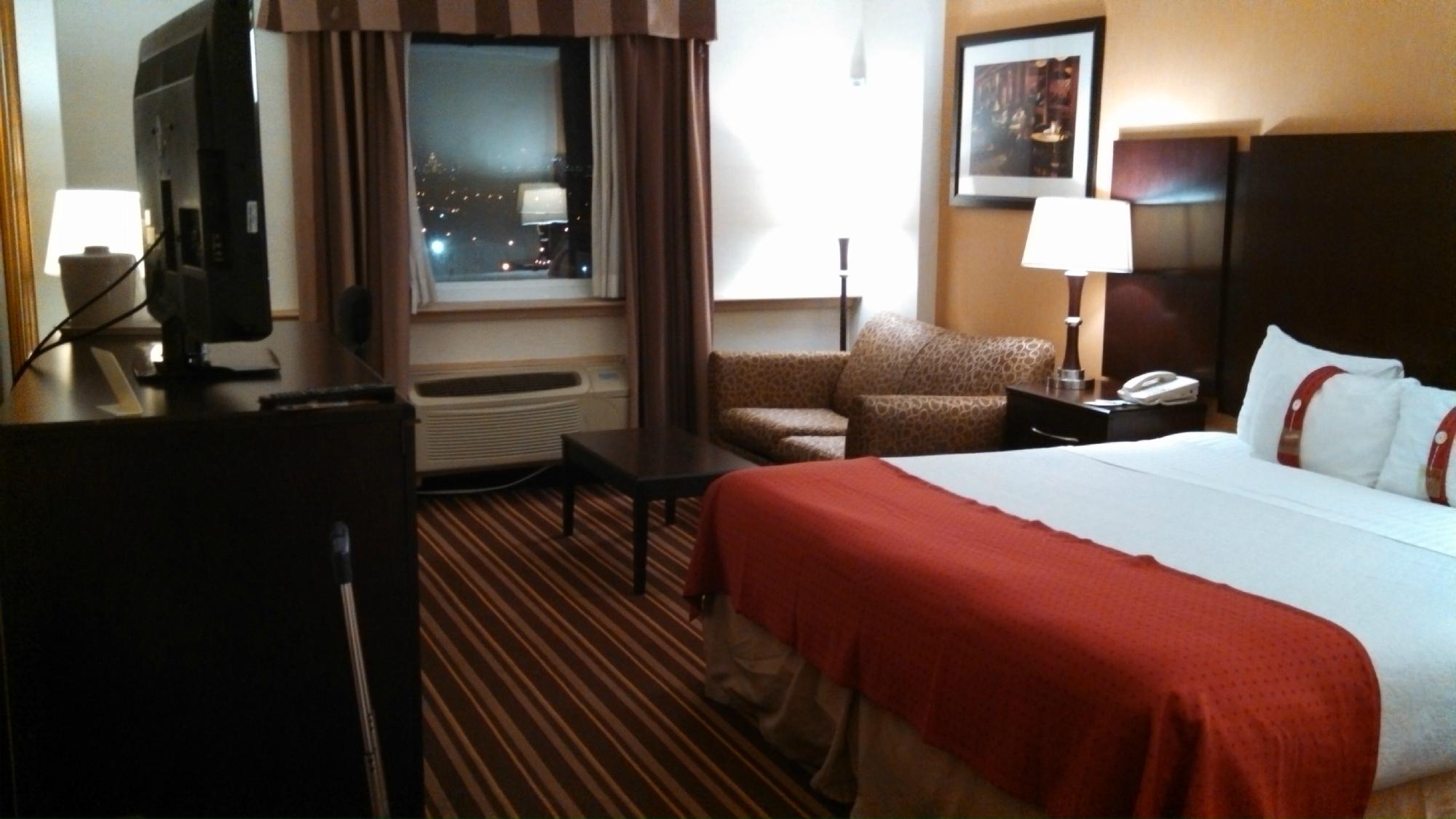 The new decor, however, did not disguise the fact that the room itself was well below par and had not been updated at all. For instance, there was a huge gash on the wall, large cracks in the ceiling, and the walls and curtains were incredibly filthy. 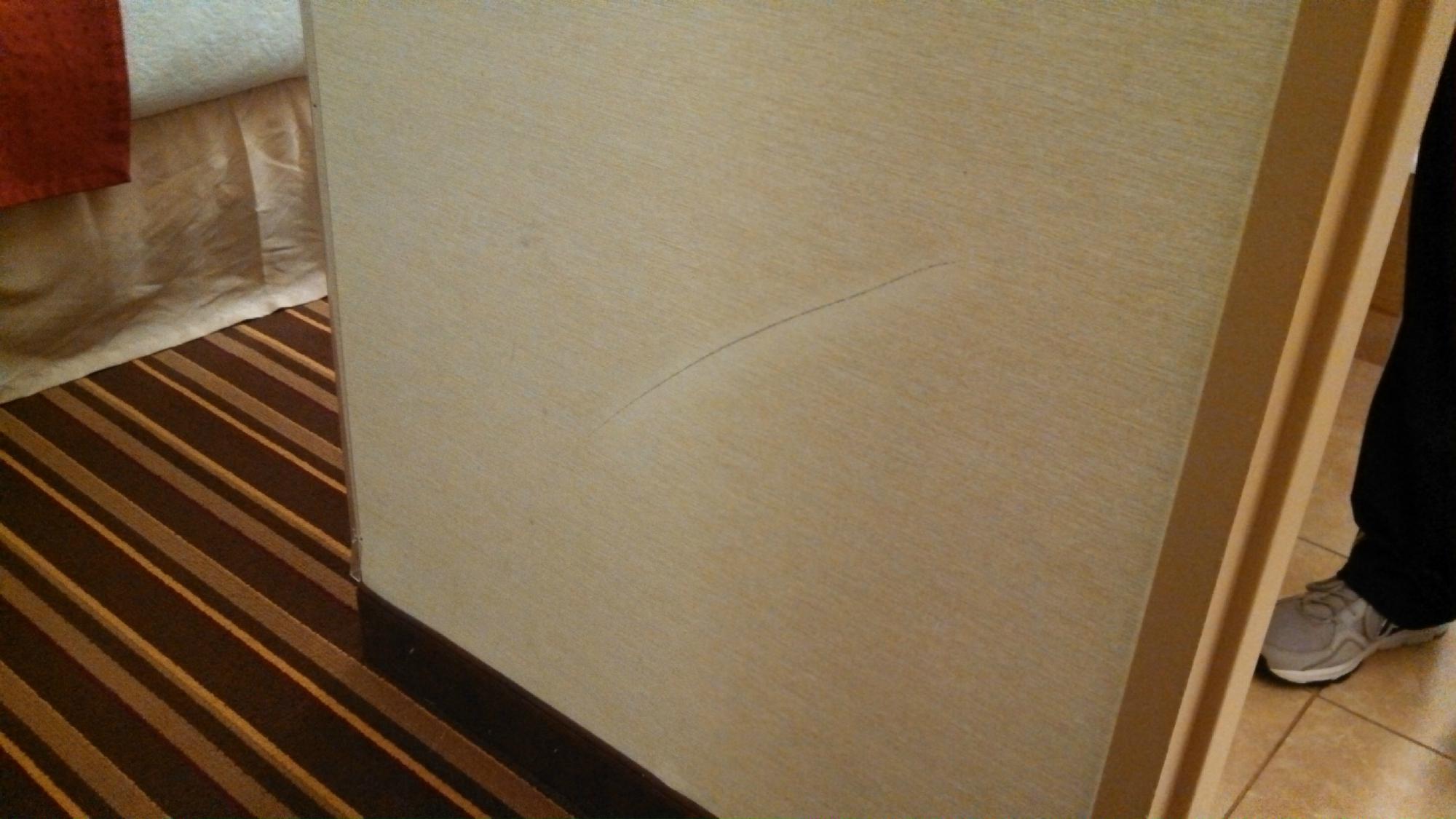 The bed was firm and a nice detail was that the pillows were labeled either soft or firm. What was strange was that we couldn’t find outlets anywhere near the nightstands or the area sounding the bed and had to plug in our cell phones on the opposite side of the room at the desk. Even the hotel alarm clock was plugged in over there. I could never get the AC to move below 74 degrees so during the nights I got warm. The bathroom was tiny but clean and my husband, who is very tall, really liked that the shower head was so high. 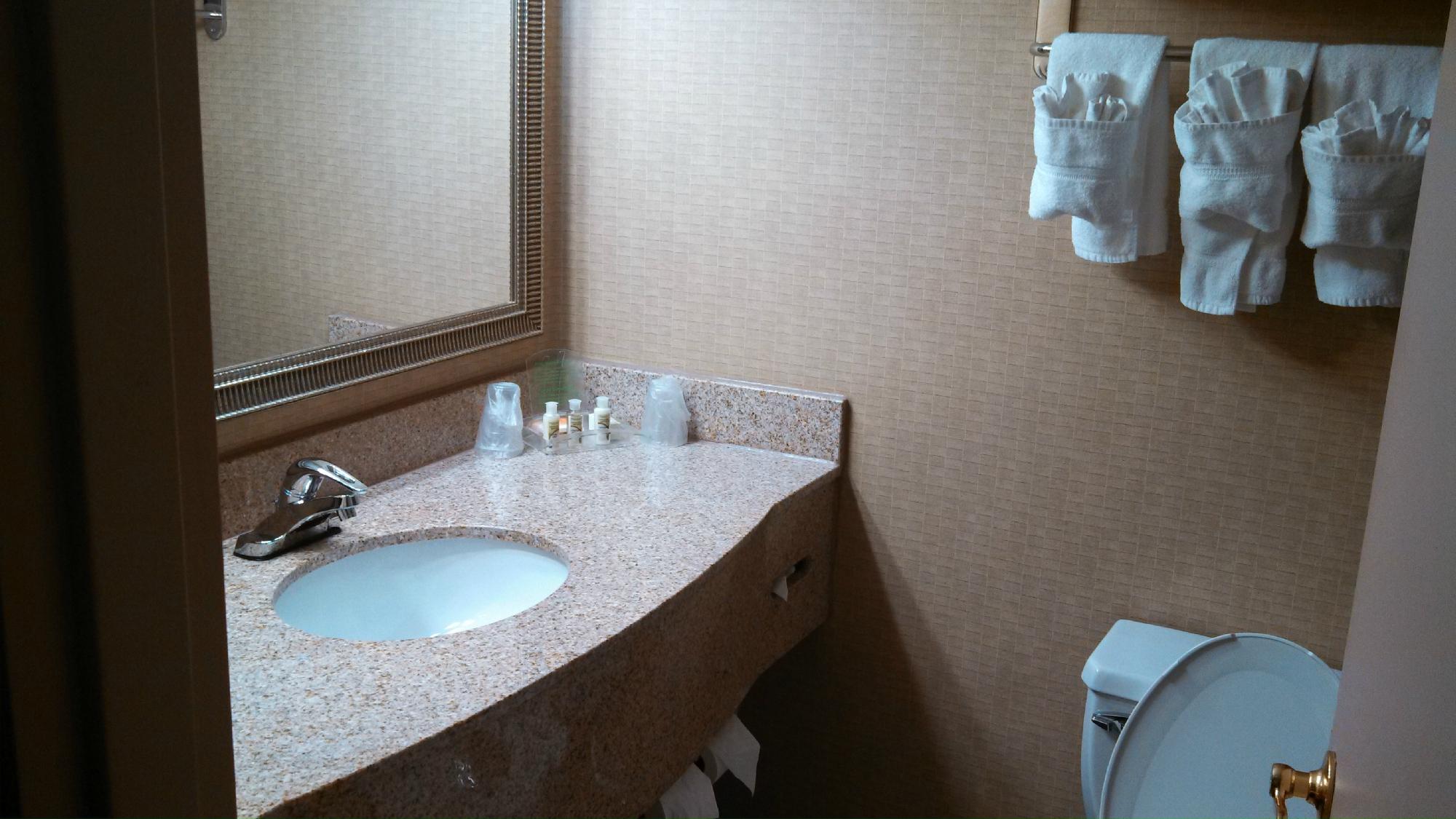 Overall, it was a decent stay and despite the huge hike in price on game day, we would stay again if in town for a Phillies game because you can’t beat the 5 minute walk to the stadium.