I have to say that this hotel was one of my least favorites out of all the hotels my husband and I have visited. With this hotel being modeled after the Waldorf Astoria, I really expected more.

I can’t even begin to express the level shock I felt when entering the hotel room. Not only was it miniscule but it looked cheap and run down. 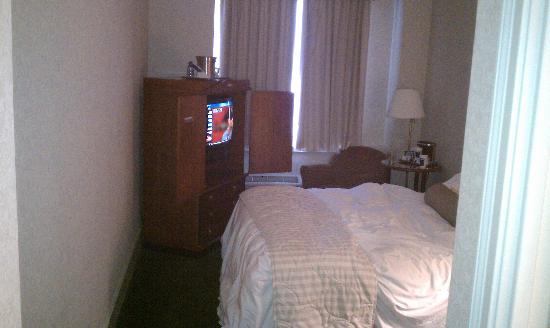 The closet was almost non-existent and the bathroom looked like it belonged in a 1 star motel.  The toilet had a push lever like the kind you see at a rest stop! And there was absolutely no counter space for us to place our toiletries. Frankly, you could get a better hotel room at the Holiday Inn. 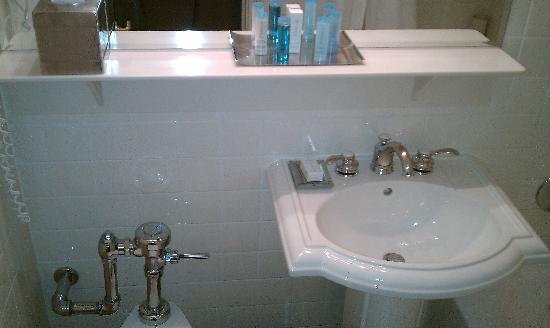 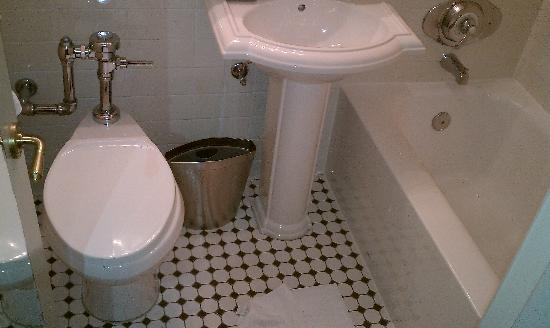 From our room window we had a view of the stadium and also the giant air conditioning units next door that made a loud noise day and night. 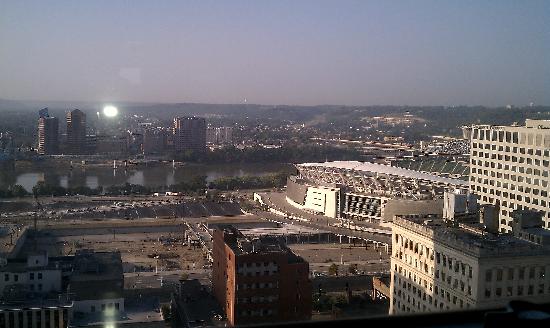 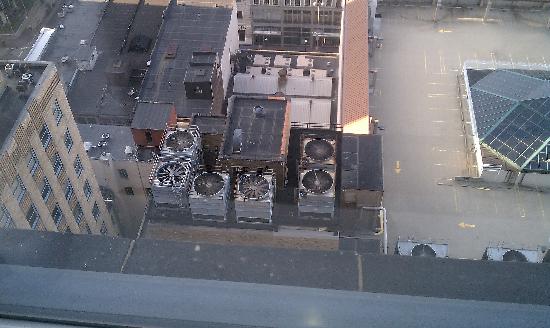 The TV quality was dreadful and had fuzz the entire time. What’s the point of a TV that can’t even be watched? The elevators were unique in appearance but completely inefficient. My husband was attending a conference on the 4th floor and he and the other conference attendees could never take the elevators down to the street level from level 4 because when the elevator finally arrived after a very lengthy wait, they were filled to capacity. My husband ended up taking the stairs every time and he said they were hard to find.

The lobby and public spaces were absolutely gorgeous and had a glamourous, old Hollywood type of feel. I suppose these areas were paid the most attention when designing the hotel to imitate the Waldorf Astoria as they truly were exceptional. But what I find more important in a hotel is that it have well-appointed and comfortable guest rooms which is what the guest is actually paying for.  I have no interest in staying somewhere that has highly inferior guest rooms, no matter how exceptional the public spaces are.