We stayed at this hotel because it’s just a block and a half away from Nationwide Arena (click here for a review of the arena). We were visiting on New Year’s Eve for a hockey game. The walk to the stadium was quick and safe because all the hockey fans were outside walking together. There is a Hyatt and Drury Inn directly across the street and it’s worth comparing prices since our stay at the Plaza was unsatisfactory.

We were disappointed at the lack of service for platinum members.  When we arrived, the valet line stretched out into the main street and moved at a snail’s pace. The check in line at the front desk wasn’t any better.  It stretched all the way out the entrance doors and although there was an area with a sign that said “Platinum Member Check In,” it was not being utilized so we had to wait in the longest hotel check in ever.  We did receive free internet (usually $9.95) and valet (usually $23 a night) but that was all.

With it being New Year’s Eve, the lobby was pretty much full of young drunk couples or groups of friends who were obnoxiously rowdy.  My biggest complaint is that even though we were platinum members, we were given the room directly beside the elevators, thus we had the pleasure of hearing loud people all night long as they waited for or exited the elevator.

Although the room had some wear and tear like peeling wall paper and old carpet, it was clean, spacious, nicely decorated and had a comfortable bed. 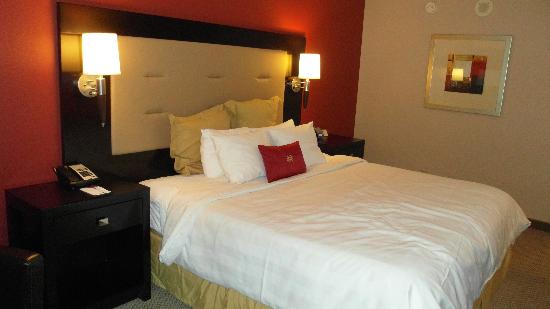 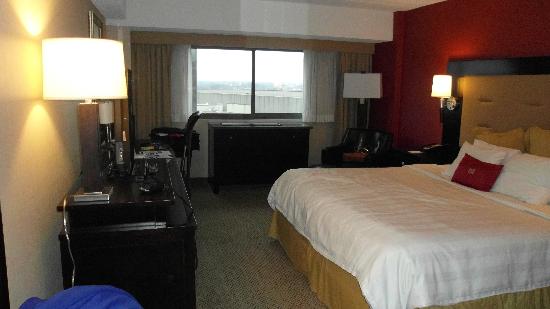 This hotel had the strangest shower design we’ve ever seen.  The shower ceiling was abnormally low and my husband’s head touched the ceiling when he stood up straight (he is 6’5″). But there was plenty of counter space which is always appreciated. 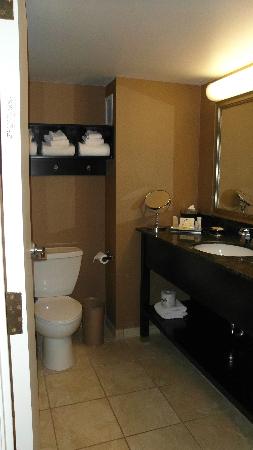 We liked that there was a fridge in the room for personal use and a big flat screen TV. 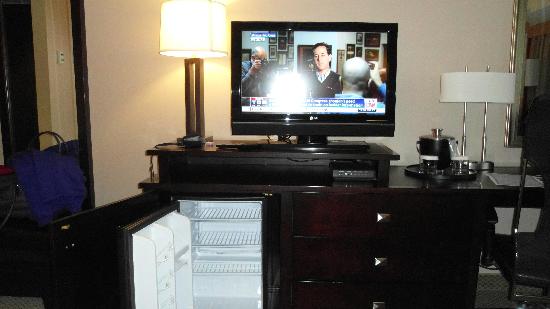 We had a nice view and could see the stadium when we looked to the left. 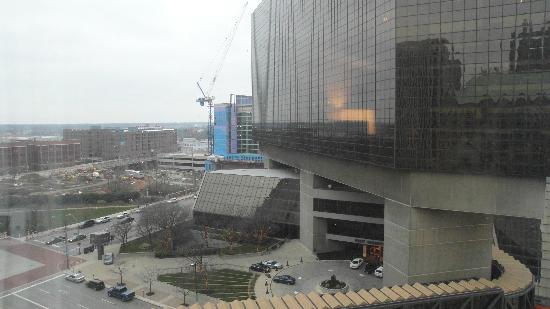 One night the alarm clock went off very loudly at 3am and really jolted us out of our sleep.  It was pure confusion and frustration considering we had never even set the alarm clock. Housekeeping should always make sure these alarms are set to the off position when someone has checked out.

Since our sleep was disturbed several times through the night not only by the constant elevator racket but also the alarm clock, we would not return.