Casa Loma was built as the home of Sir Henry Mill Pellatt.  The castle took three years to build and was completed in 1914. The home itself is a feast for the eyes, but if have had the opportunity to tour the plantations of the south, you’ll know that what makes these homes so fascinating is not just the appearance of the home or its decor, but the story of the family that lived there. The tour that you listen to on your headset while roaming freely through the home and grounds barely mentions anything about the family but instead focuses on how the house was built and decorated. 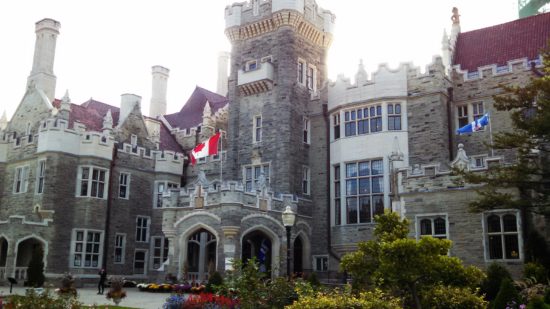 Casa Loma is open from 9:30am-5pm and tickets are $25 and the on-site parking is $10. You are given a headset in either english or french and then are welcome to tour the home on your own. We arrived early in the morning and pretty much had the whole place to ourselves. Below, is the tower which has stairs you can go up. Outside, you’ll find a water fountain and really pretty gardens. 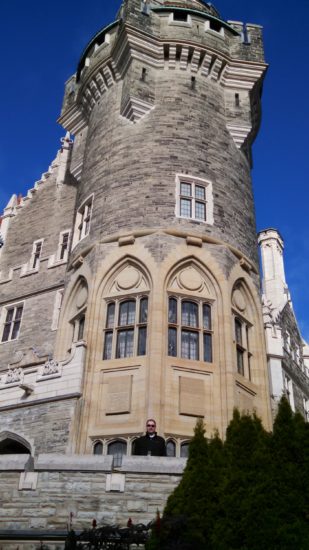 Most of the rooms inside are staged in a way that is not accurate. In fact, one entire room was full of chairs for an upcoming event. The rooms that were actually staged in a more authentic manner such as the bedrooms were mostly full of reproductions instead of the true pieces. This first floor, pictured below, has large entertaining spaces and what is especially interesting is that Sir Henry’s study has a hidden stairway. 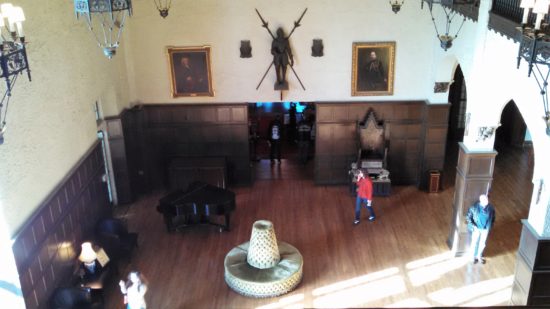 The second floor of Casa Loma is all bedrooms. Below is the bedroom of Sir Henry which has an opening that looks onto the floor below (pictured above). Lady Mary had her own bedroom and they each had a private bathroom. Sir Henry was desperate to have members of the royal family visit so he built fancy guest rooms hoping to entice them, but they never visited. These guest rooms are also on the second floor. 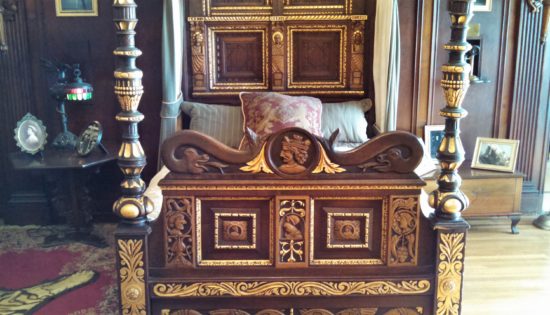 The third floor has the servants quarters, the stairs to the tower, and what looked to be modernized meeting rooms full of chairs. We were turned off that the walls were decorated with poster sized pictures of current celebrities. When we starting making our way up the narrow stairs to the tower, we were shocked at the graffiti that was everywhere. What a shame to damage this landmark. 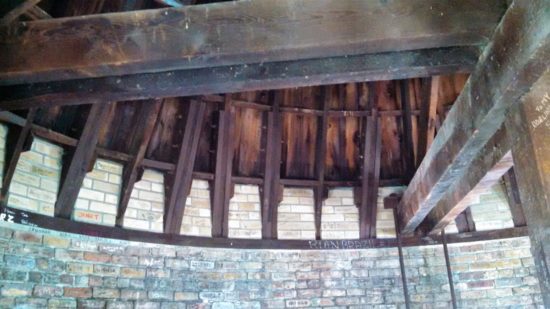 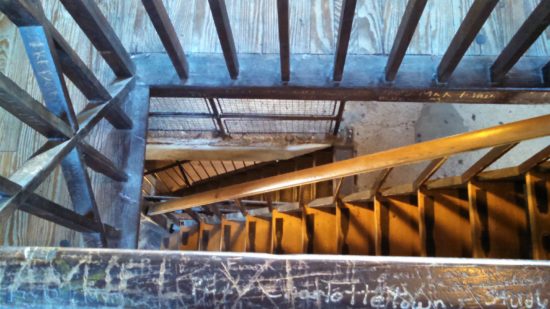 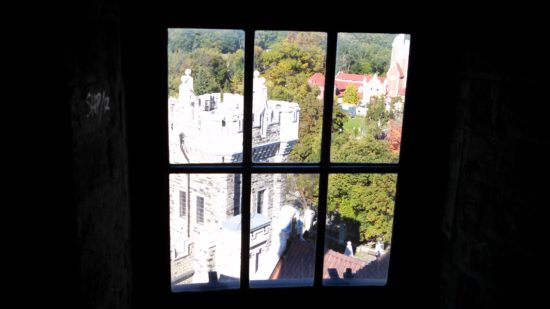 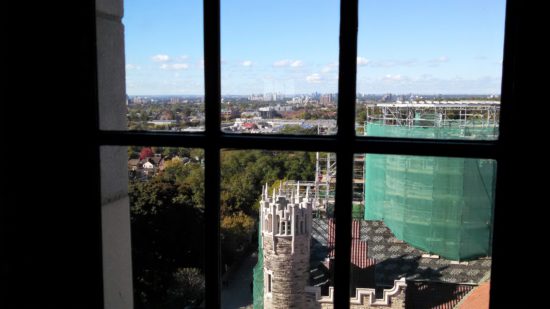 There is a very long underground tunnel that leads to the garage and stables. The owner had this built so he wouldn’t have to walk across the street. Conspicuous consumption at its finest. 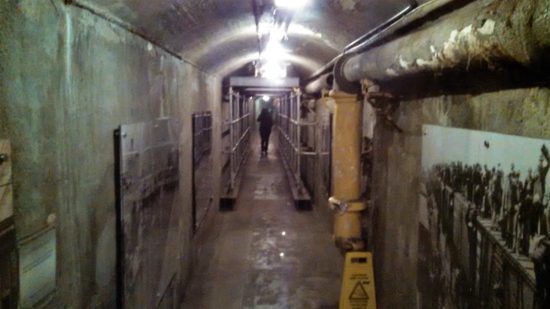 The basement of the castle has a pool that was never completed, and again the space was unfortunately modernized by the addition of a gift shop and restaurant. We felt so disappointed that a historic place such as this had been changed to reflect current times instead of respecting the history of the home by keeping the appearance authentic. Even though the castle is really beautiful and definitely worth a visit, we felt it was not presented properly.